As a designer, I enjoy working with a variety of medium to produce meaningful outcomes. I like to work with juxtapositions – contrasting bold colours and textures with clean layout design.

On 23rd October 1980, my grandfather, Edward Jack Shamwana, a prominent lawyer in Zambia, was detained upon accusations of a coup plot to overthrow Kenneth Kaunda’s Government. During his incarceration, he recorded experiences in journals. My aim for the project was telling this story using family artefacts. Reading through material – my grandmother’s letters, grandfather’s words, newspaper clippings, and interviewing my father and uncle’s – I produced a narrative, from Edward’s arrest in 1980, to death row, and his eventual release in 1990.

There are three outcomes to the project – a video, a book and framed prints – following the events that unfolded through four perspectives: Edward himself, his wife – Stella, his four sons, and the media. 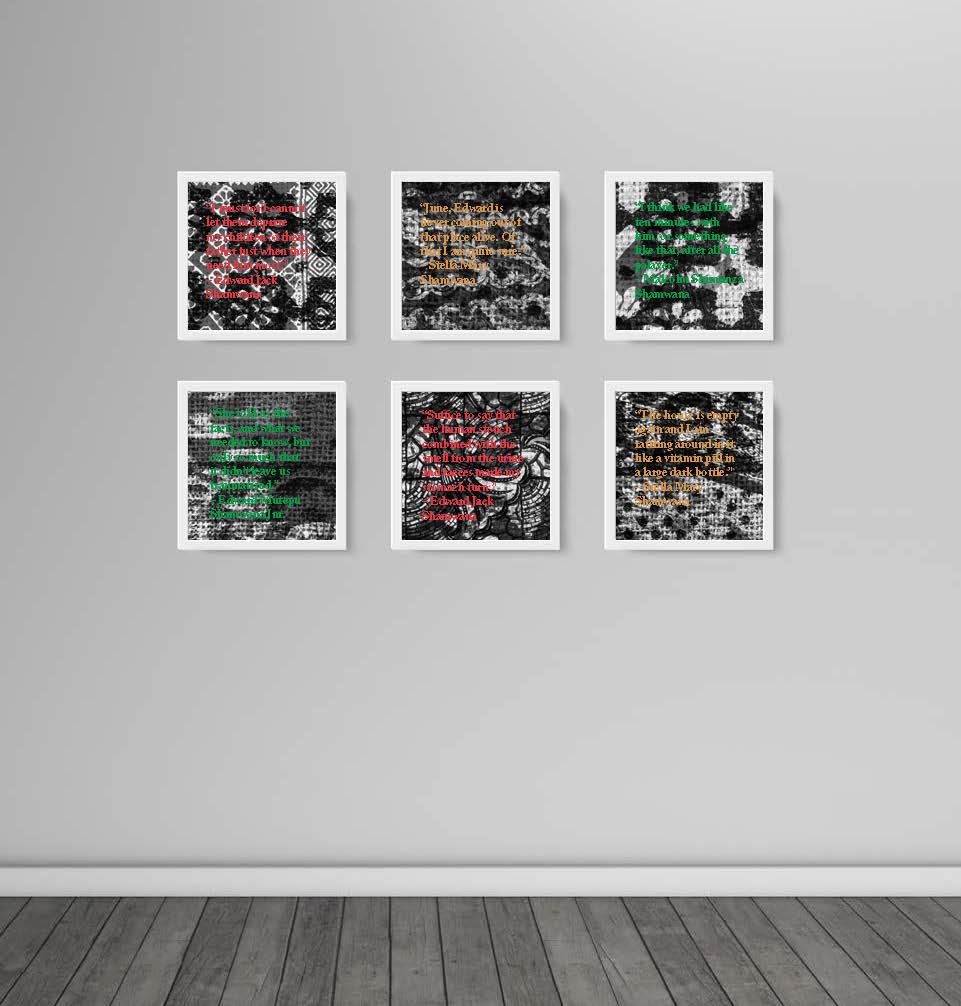 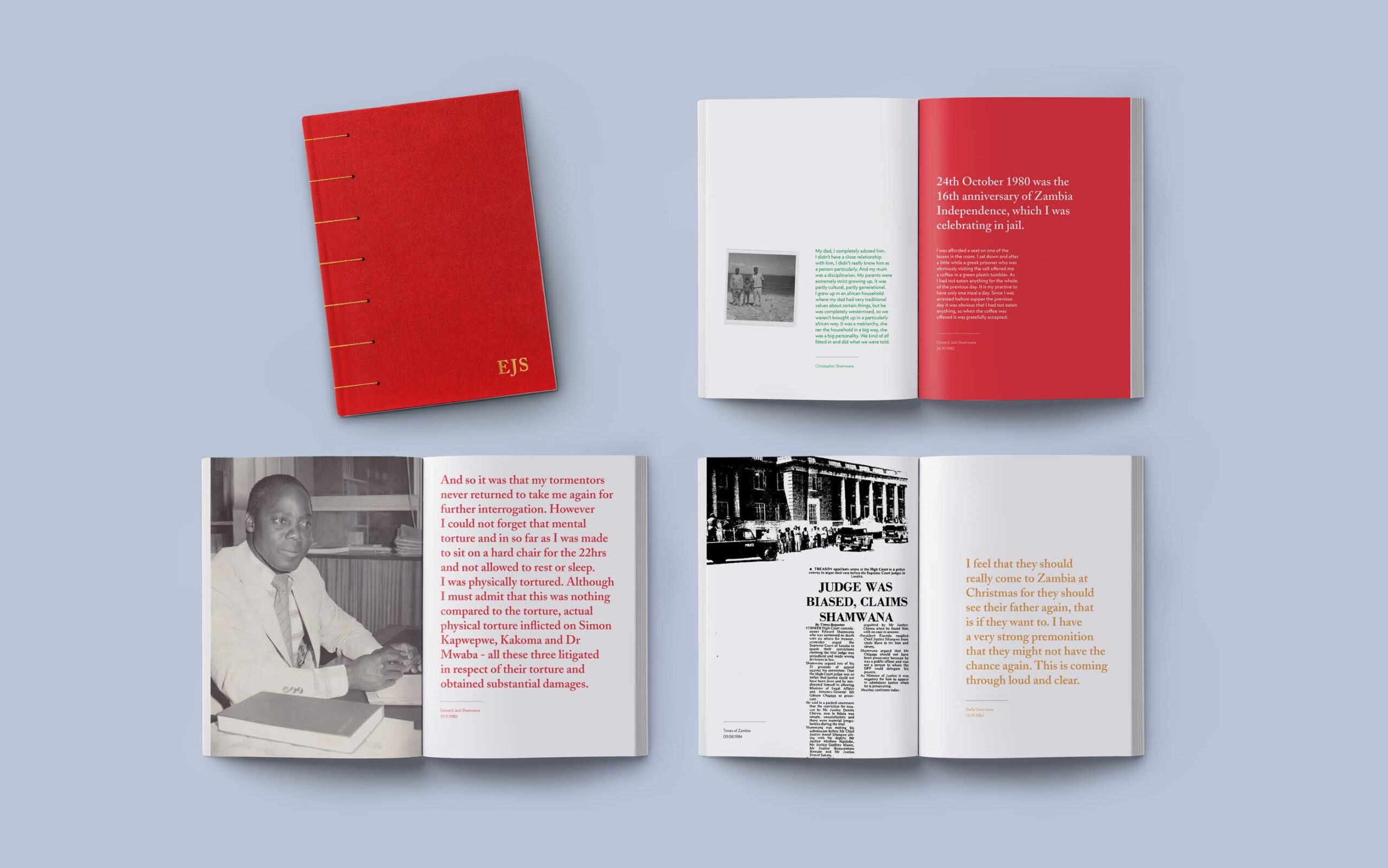 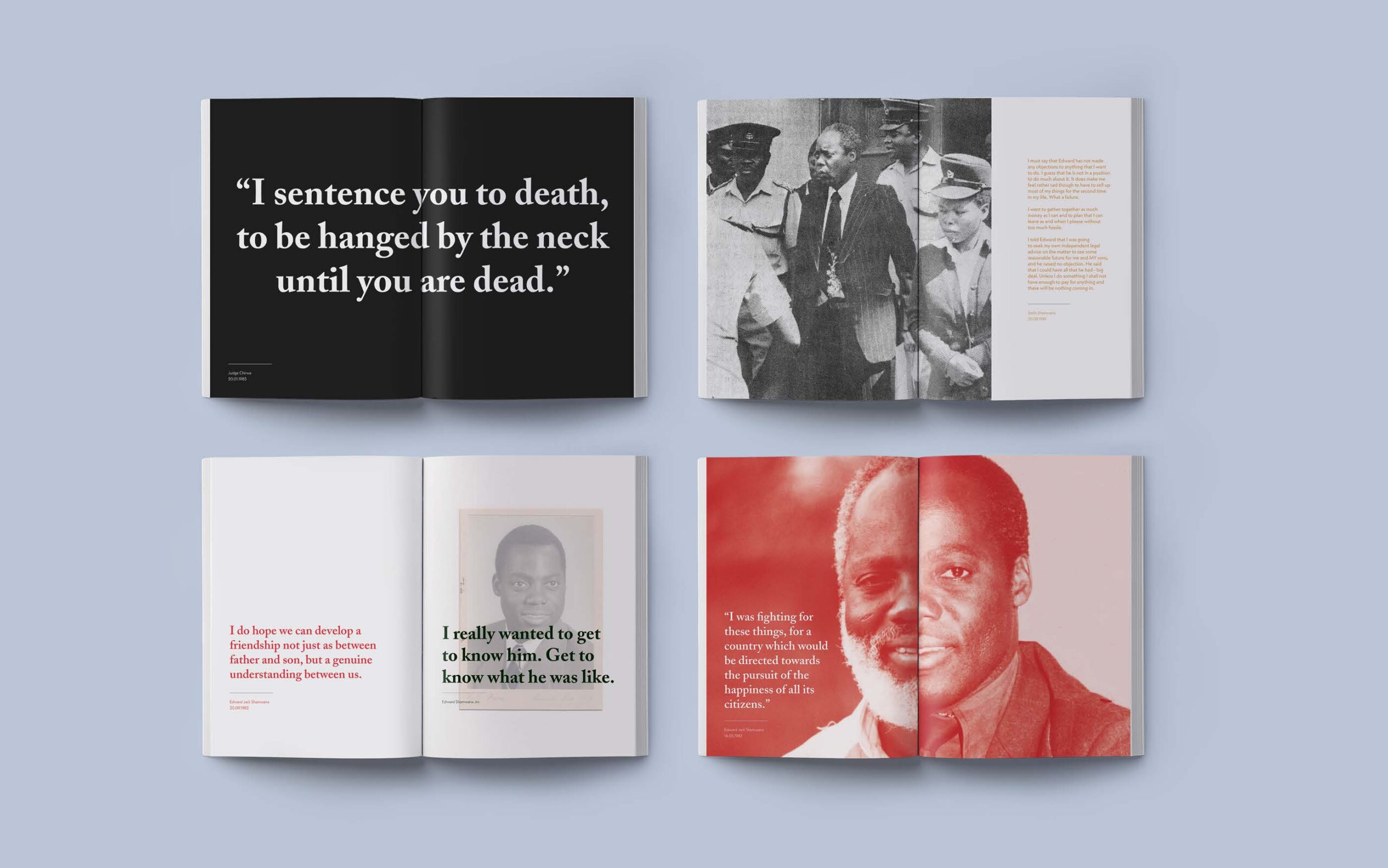