SYNTHESIS  – A reflection of the abstract symbiosis between organic forms and architectural structures, projecting a powerful masculine yet feminine and sophisticated woman through oversized pieces, extending, highlighting and enhancing shoulders as a seductive symbol of the female body.

The story begins with nostalgia from my island home of the Canary Islands, an island archipelago forming biospheres recognised for their diversity and beauty. I grew up inspired by these surroundings and the relationship between the natural environments and human constructs.

Memories of this were sparked by the work of artist and architect Cesar Manrique. In the 1970s he was influential in development of the aesthetic of Lanzarote. His vision was to integrate man-made forms with the natural beauty of the island.

Through this collection floral embroidery inspired from a series of photograph by the artist Dora Maar in the 1930’s is fused with architectural structures to create poetic organic forms. 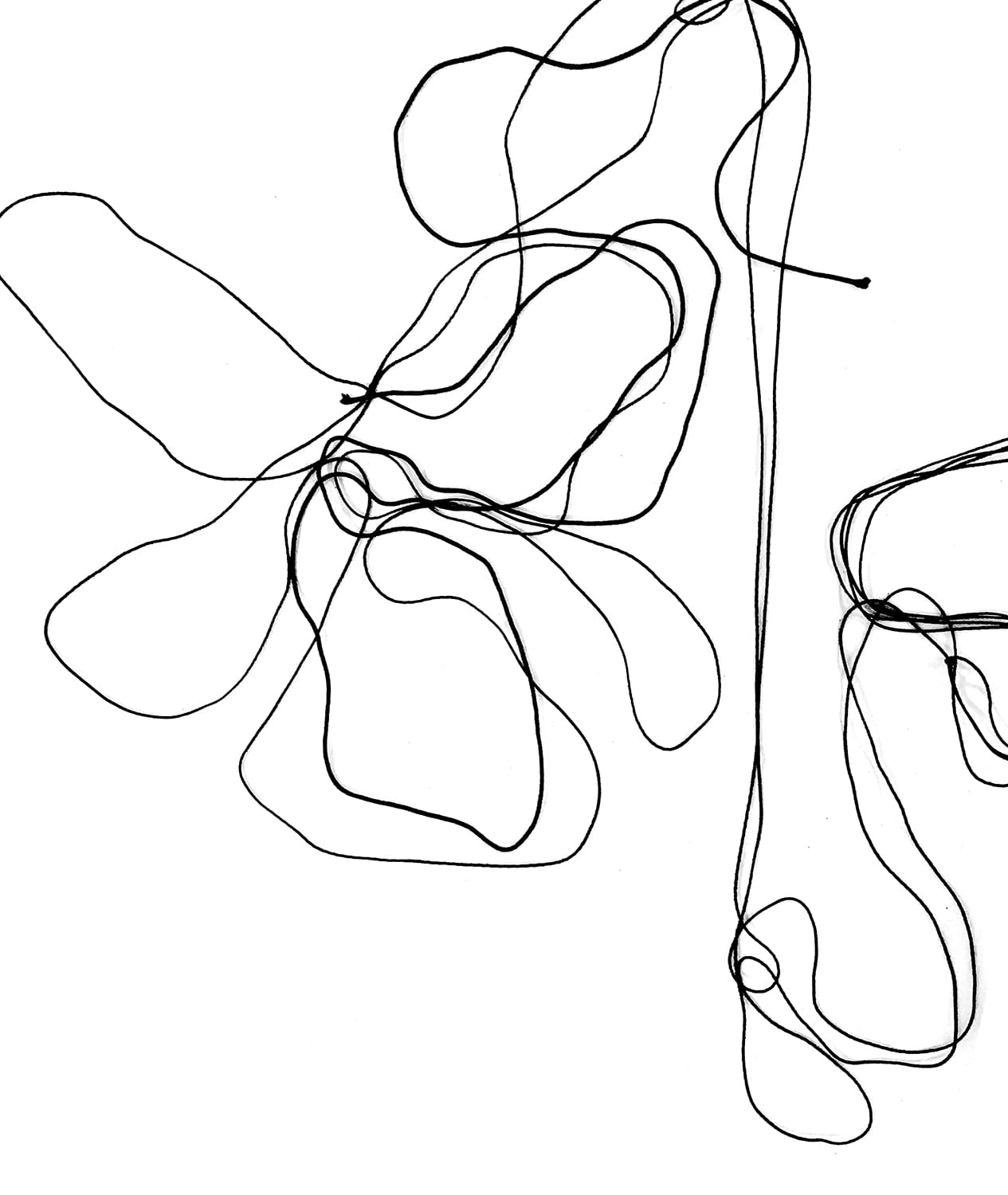 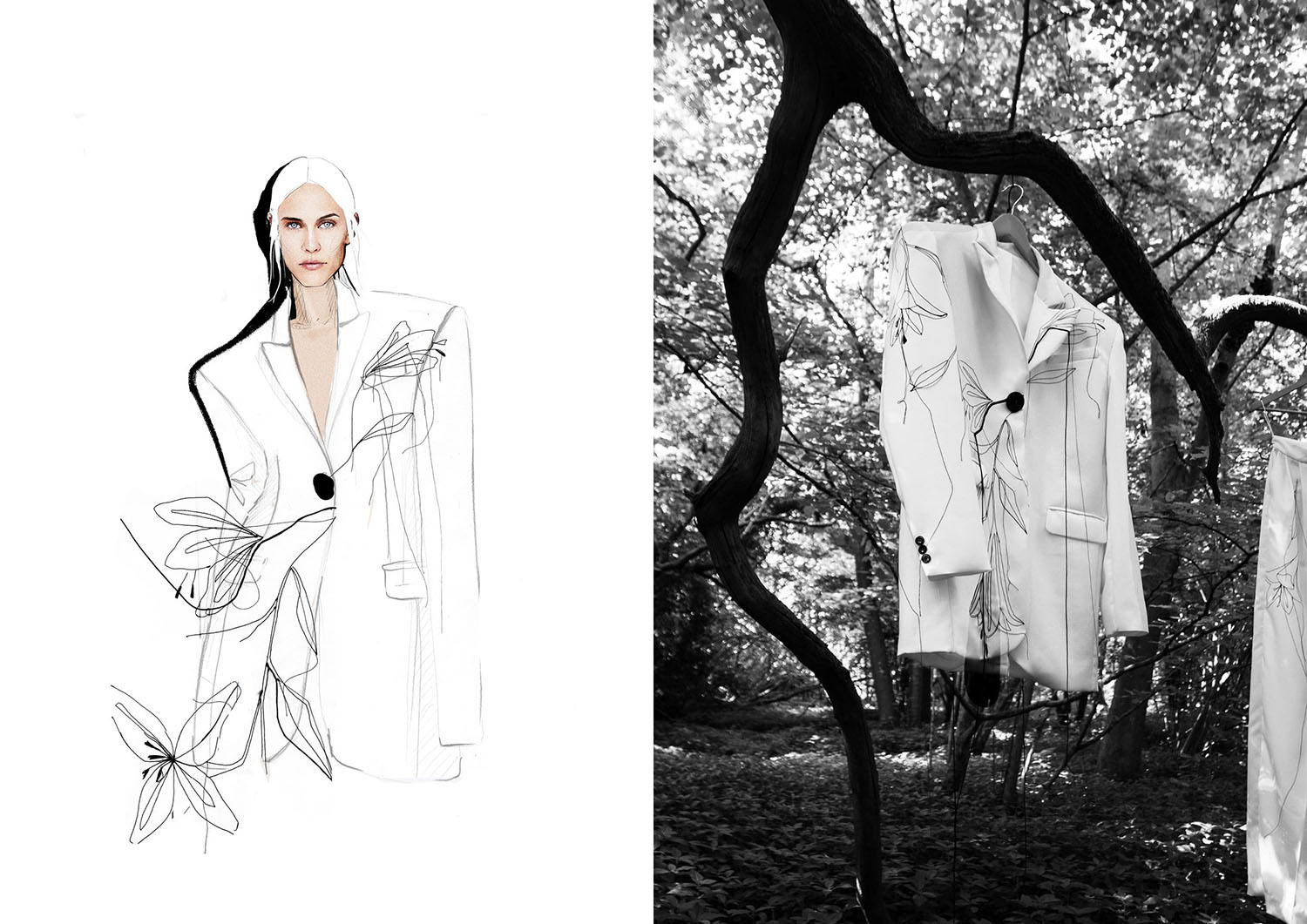 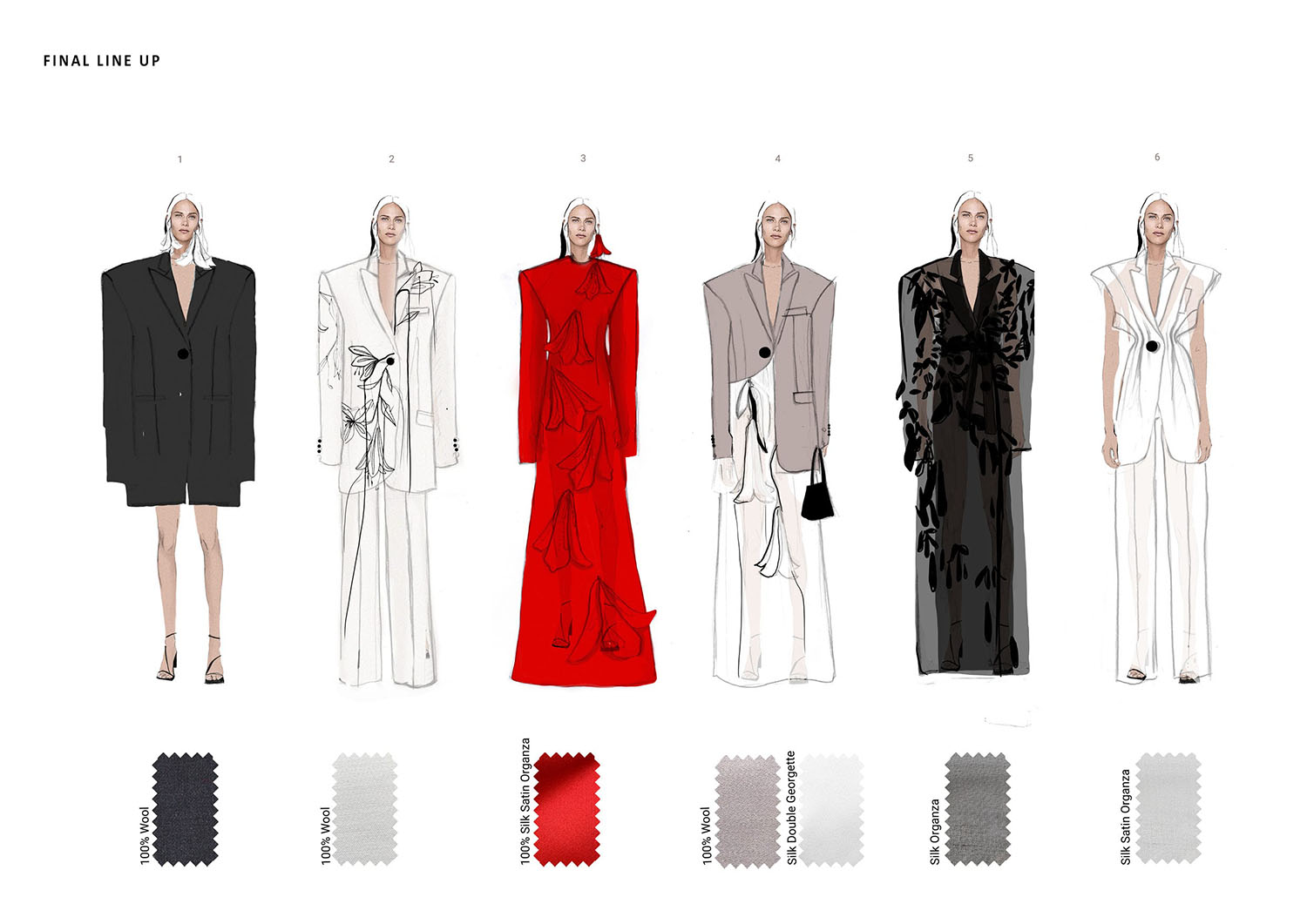 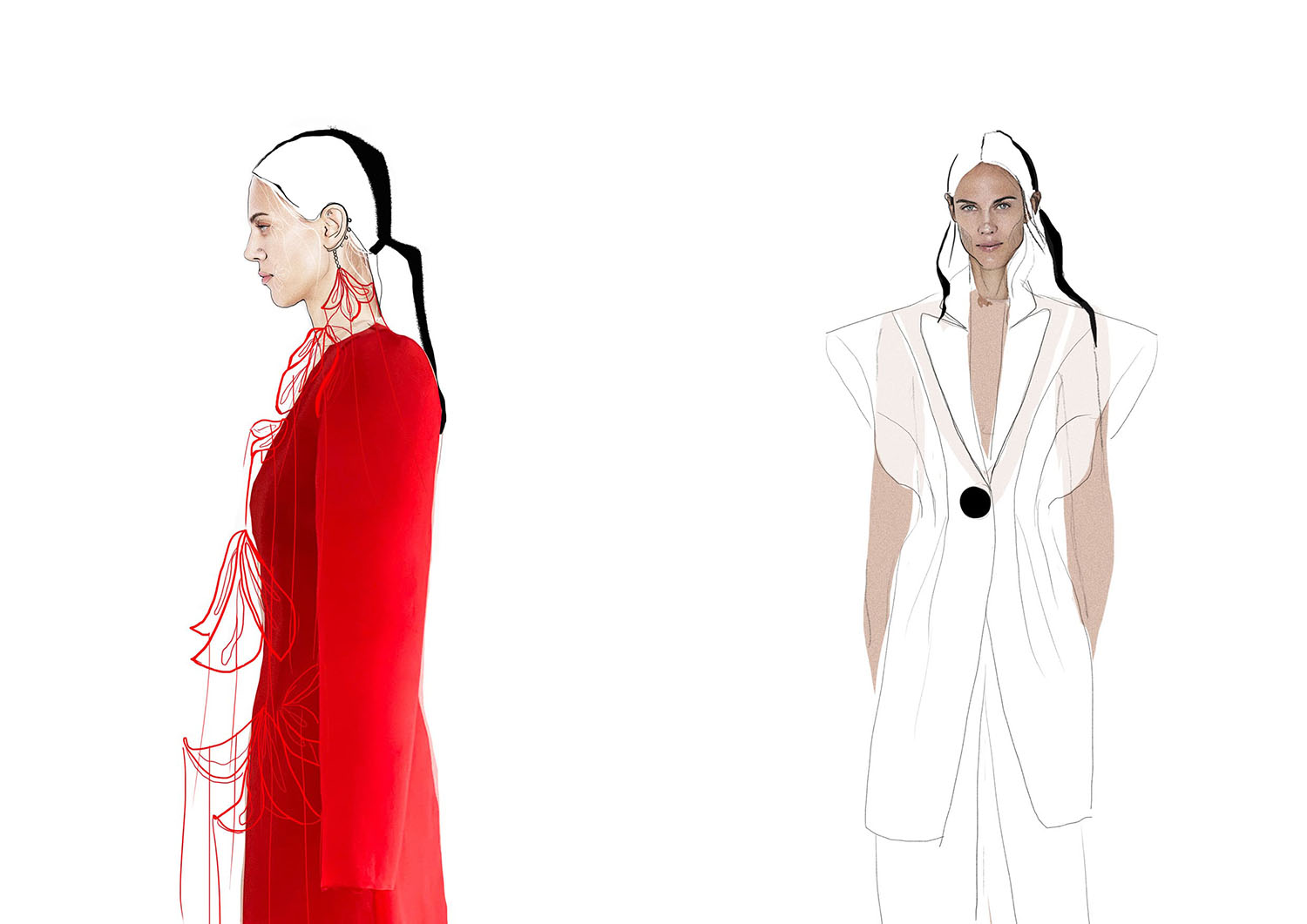 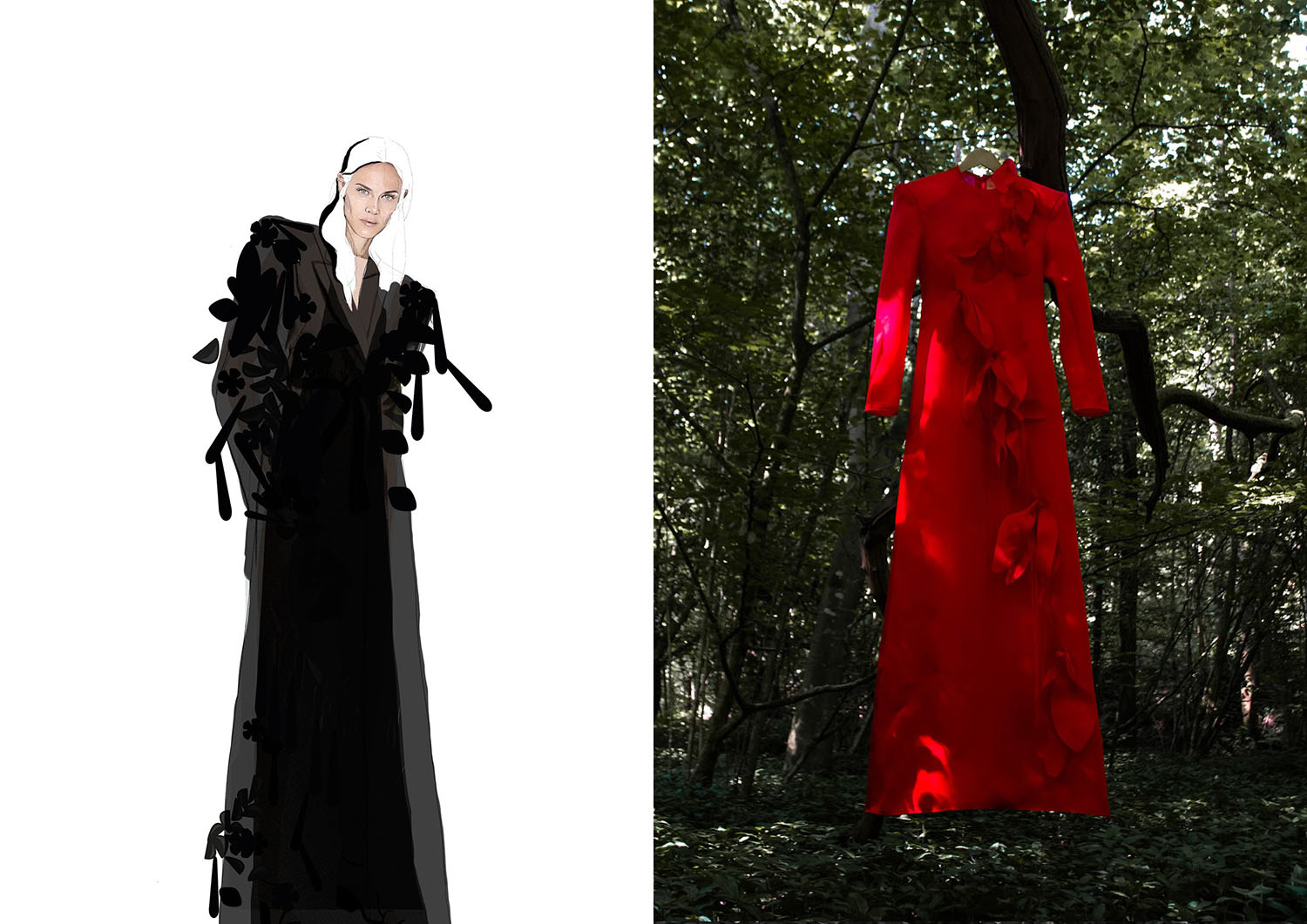