In-depth study of Mongolian culture, I was inspired by my Mongolian friends, using painting techniques to show the religious beliefs of Mongolia. Shaman is the primitive religion of Mongolia, originated from matrilineal society. After the worship of nature and totem, the worship of ancestors came into being. Shaman became the emissary between man and God, the representative of the ancestors who protected people and animals from disasters, sometimes clan chiefs are shamans themselves. The influence of the Great Shaman, who existed in the time of Genghis Khan in Mongolia, was demonstrated when he was executed because his theocratic power was so great that it endangered Genghis Khan’s position. In both cases I incorporated elements of Christian and Tibetan Buddhism culture. As a person born in China, sometimes we say we are a country with a lack of faith, but I am glad that I did not start my journey as a chosen life from the beginning, I have a choice life, a religion, a faith, and everything else. 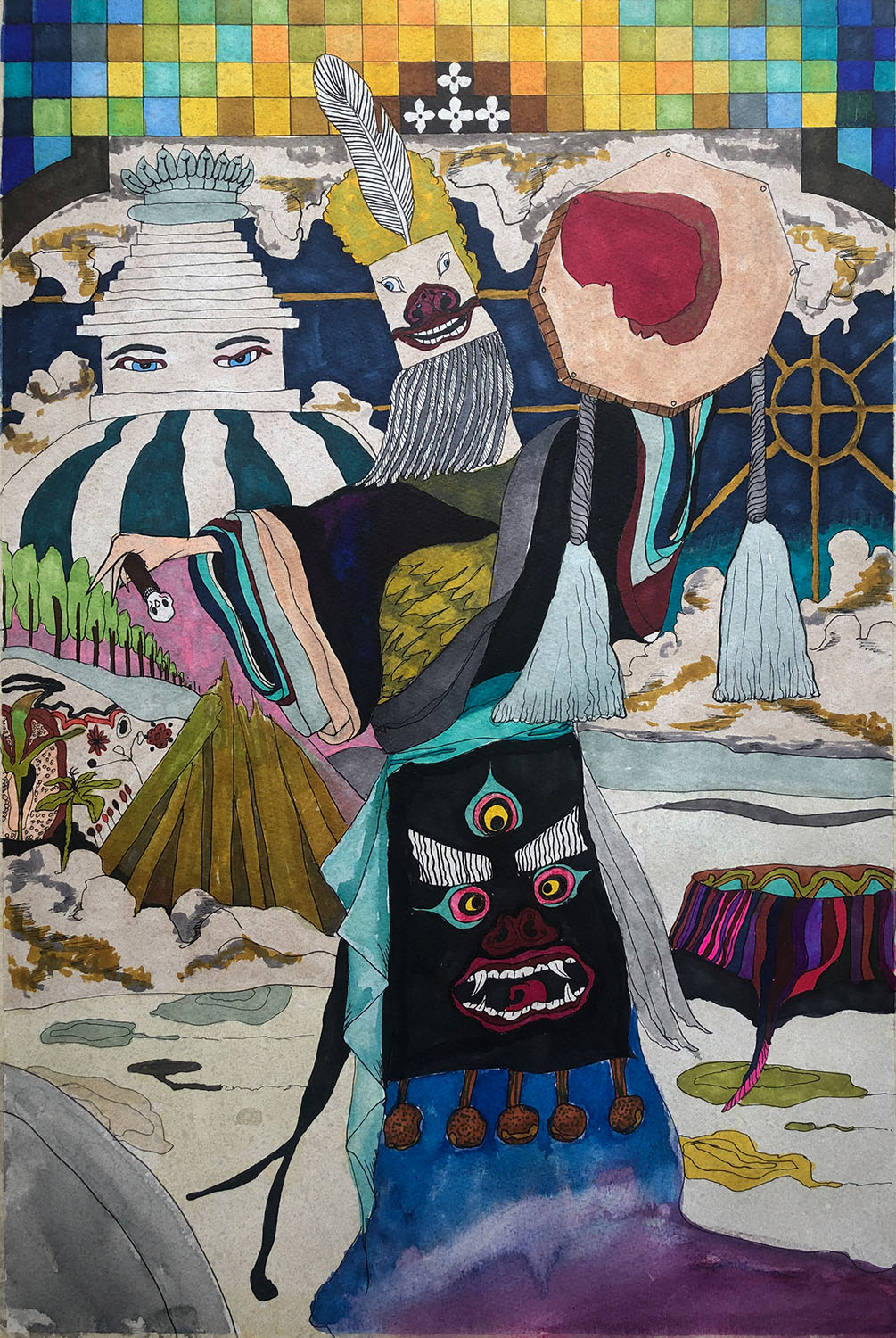