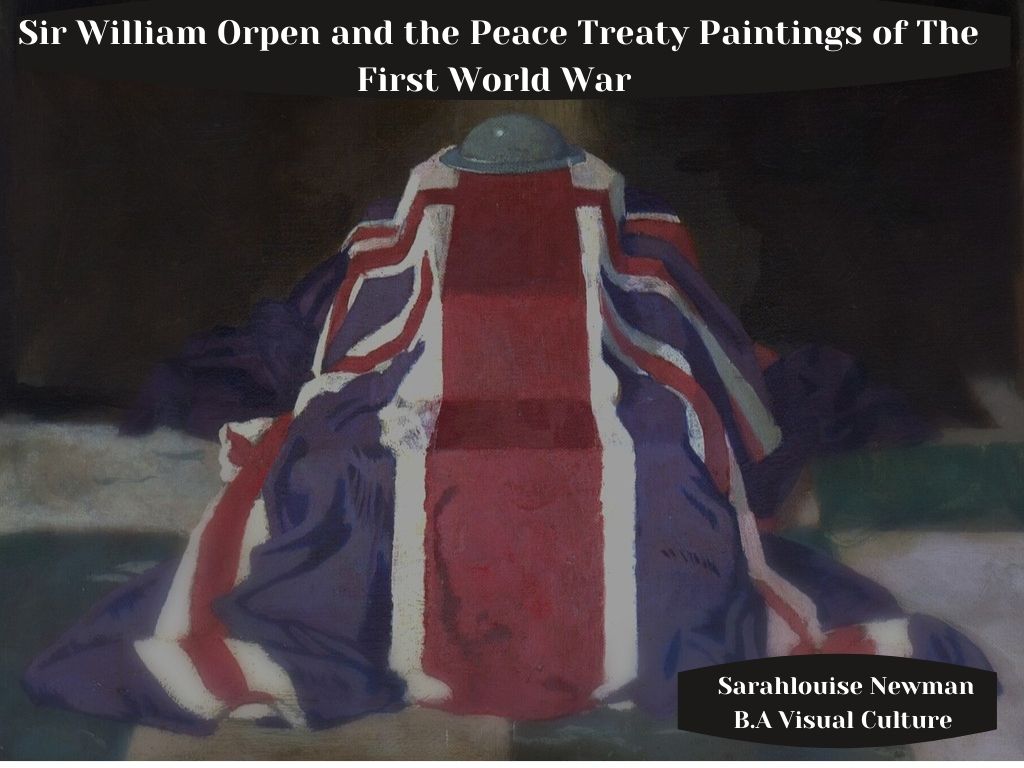 Known around the world as the Peace Treaty Paintings (A Peace Conference at the Quai d’Orsay, The Signing of Peace in the Hall of Mirrors and To the Unknown Soldier in France), this trilogy of art works shows the divide between the statesman and the soldier. Painted by Sir William Orpen, an Irishman who served for the British and Canadian army in the Somme, these three paintings are now a regular sight within military museums and textbooks worldwide. At first glance they show a pivotal time: the ending the First World War and the creation of the League of Nations. They signified the start of a new beginning for the world. The last painting, however, was changed dramatically to show the true sadness of a war which killed millions of men. The first two paintings show lavish locations and the world’s most influential men in one room together, while the final painting shows loneliness and sorrow, reminding the world how much was lost in war. It holds the shadow of a ghost which can be seen on closer inspection. The three paintings of the peace treaty were commissioned by the government to show the war had officially ended, but Orpen wanted to also show the world a reminder of the men who never made it home and are buried where they fell. 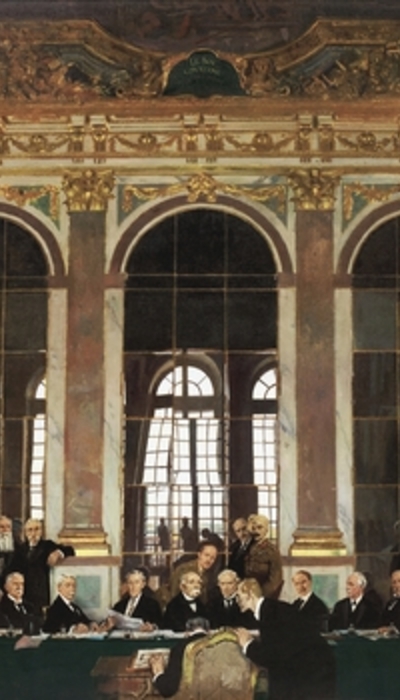