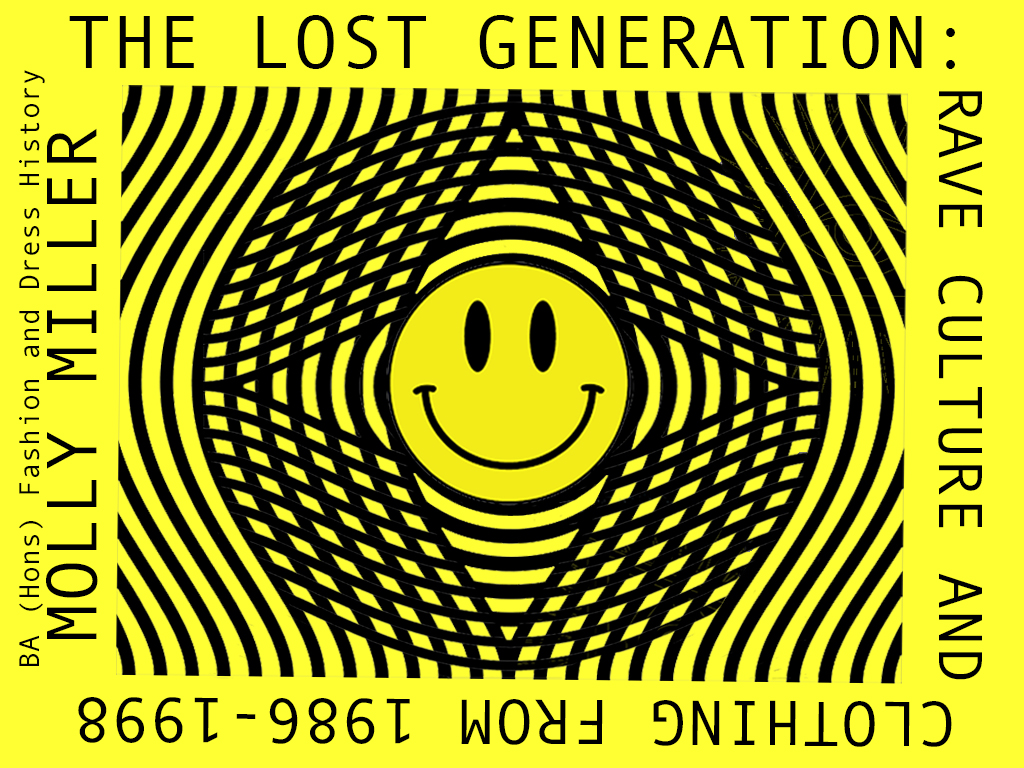 “And, like you say, to make life easier it was much [simpler] to go to different clubs and nights and have a really good time and then your crappy life would be worth living again.”

The Lost Generation. Having nothing to do with the survivors of the First Word War, this was Generation X, or the rave generation. They did not fit in with their parents’ ideals and were forgotten about in the political theatre. Those people that were young in the eighties and nineties were looking for an escape from the drabness and mundanity of their everyday lives, which they most definitely found in the recreational activity of rave.

This dissertation explores rave through the discourse of subculture and by analysing an interview I have conducted with my mother about her adolescence and involvement in the rave scene. This body of work also utilises surviving items of clothing that have been photographed from my parents’ wardrobe as another means of exploring this postmodern scene. Using the garments to delve into the wider context of fashion in the 1980s-90s, designers such as Azzedine Alaïa and Jean-Paul Gaultier have been compared to some of my mother’s pieces. Through this research I have been able to explore what those within the rave scene were wearing and why they were dressing in this way.