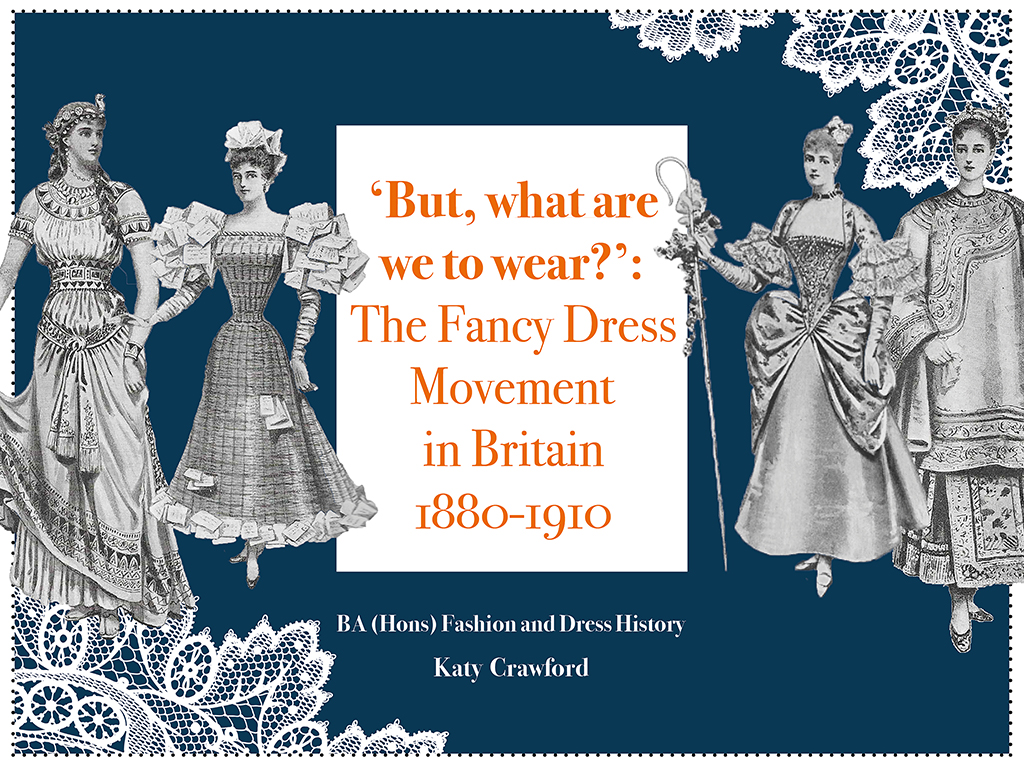 Due to its playful nature, fancy dress is often viewed as a sartorial form devoid of serious meaning. Through investigating the movement in the late nineteenth century, however, one can begin to understand how fancy dress can inform historians about Victorian attitudes towards identity, cultures of history and appropriation.

During the nineteenth century, rapid modernisation and technological advancements allowed better access to history, through increased print production and the democratisation of museums. Cultures of history were frequently referenced in fancy dress, with rural nostalgia painting the early eighteenth century as a pastoral haven. Costumes like ‘Watteau’ and ‘Shepherdess’ romanticised life working in the countryside, easing feelings of unease towards industrialisation and the fast pace of modern city life.

Despite gaining better access to the past, modernity prevailed, with historic styles in fancy dress often dominated by fashionable aspects of dress. Modern alterations to real historic garments were seen as improvements, and historic styles were updated and refashioned to include the most current bustle or gored skirt shape. Historic foreign dress was also altered and appropriated, with costumes like ‘Cleopatra’ westernised through fancy dress.

These examples of fancy dress reveal how value was only placed on the past once it was altered through a powerful modern and imperialist lens. The eighteenth century and ancient cultures were used through fancy dress to recapture the period before industrialisation. This highlights how this fun past time revealed the desires and fears of an era struggling to cope with a period of immense change and uncertainty. 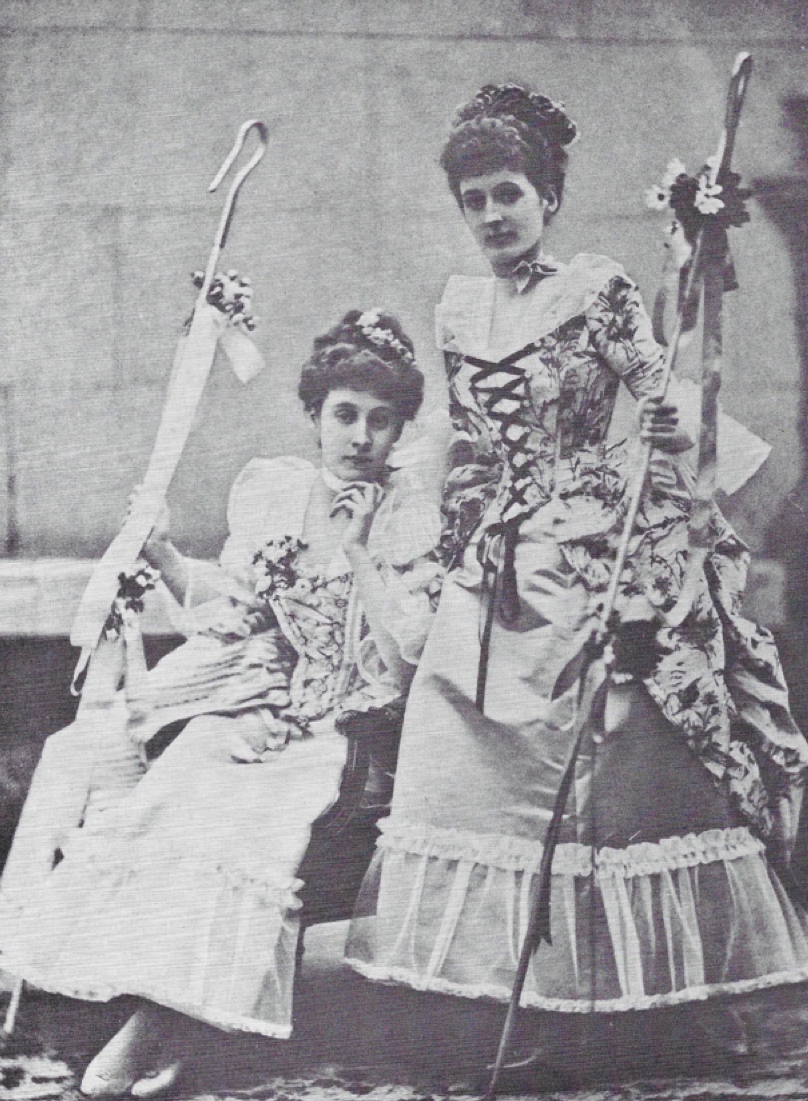