My practice and style within design is predominantly dark, weird and wonderful. I am inspired by the likes of Tim Burton, Tim Walker, Gareth Pugh, Nick Knight and Alexander McQueen. I am drawn ultimately to film. My love for films such as Alice in Wonderland and horror films/dark tales such as Slender Man and this is shown throughout my work. I combine elements such as metal chains, paired with strong silhouettes, often with covered feature to allow for the eyes to be drawn to the garment, to create sinister and intimidating artworks. My collection is called ‘Metempsychosis’ meaning the transmission of souls between bodies which was inspired by my leaving of my family home when I was age 16 due to an abusive alcoholic mother – end of one life and onto the new and beautifully revised one. It is inspired by reincarnation, gold dress is a showcase of beauty, hardware and protection paying homage to the rise of my built-up self after leaving behind dark times. The collection draws inspiration from Egyptian jewellery and strong female Pharaohs that took back ownership of their lands, their lives and their people. This look uses laser cut mirror gold acrylic and reflects the soulless, featureless being returning from the darkness but this time, with a beautiful suit of armour. 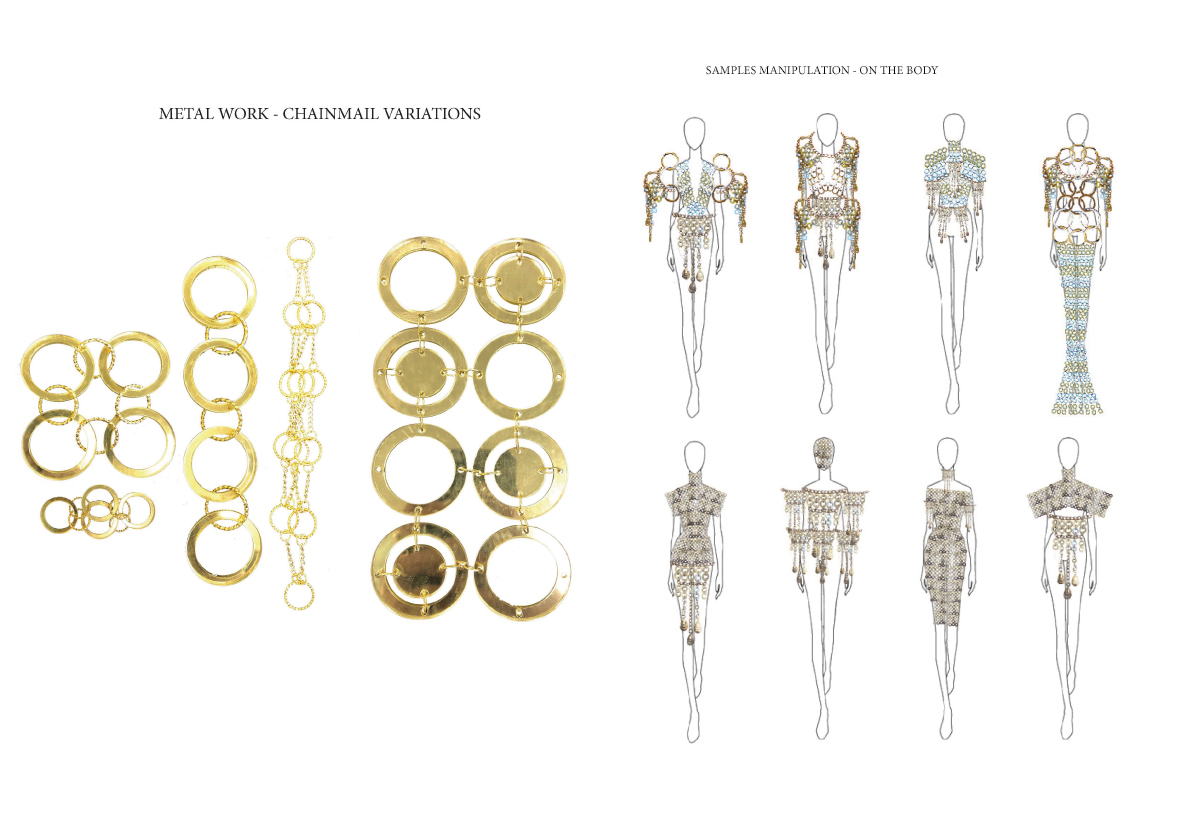 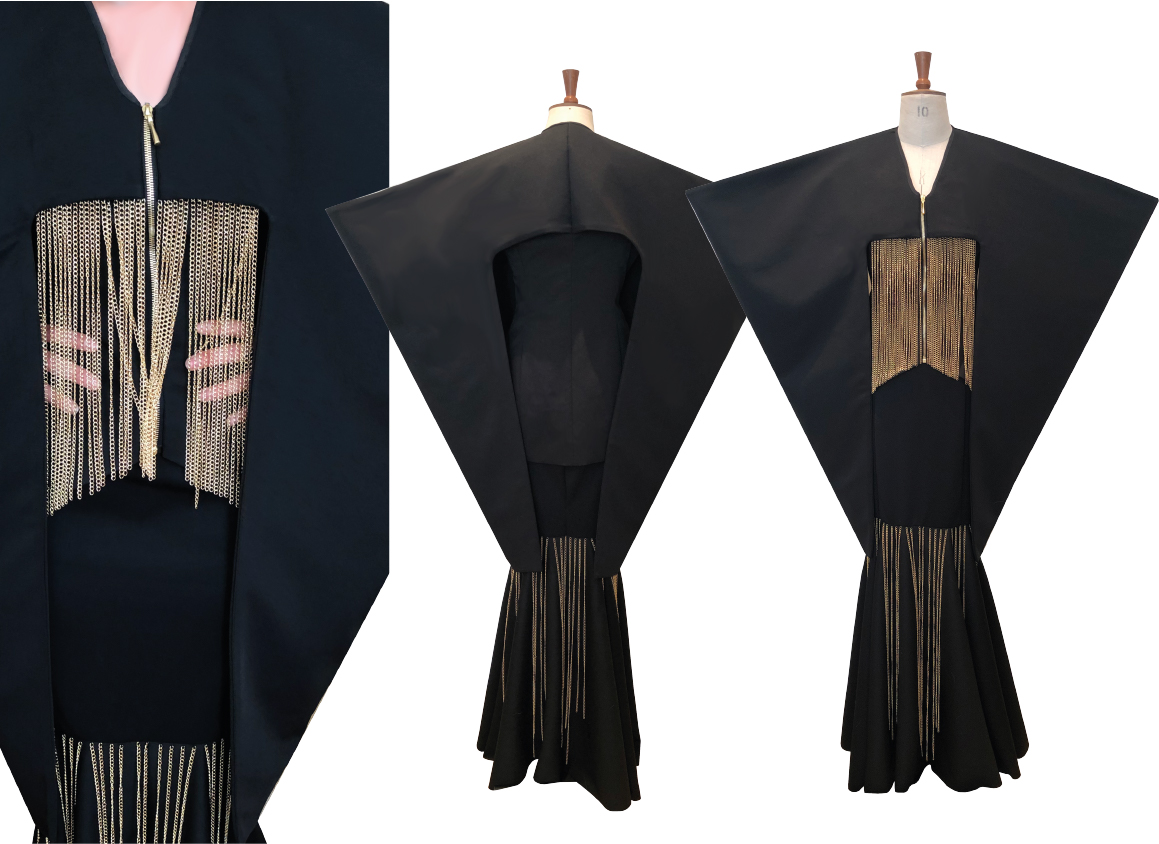 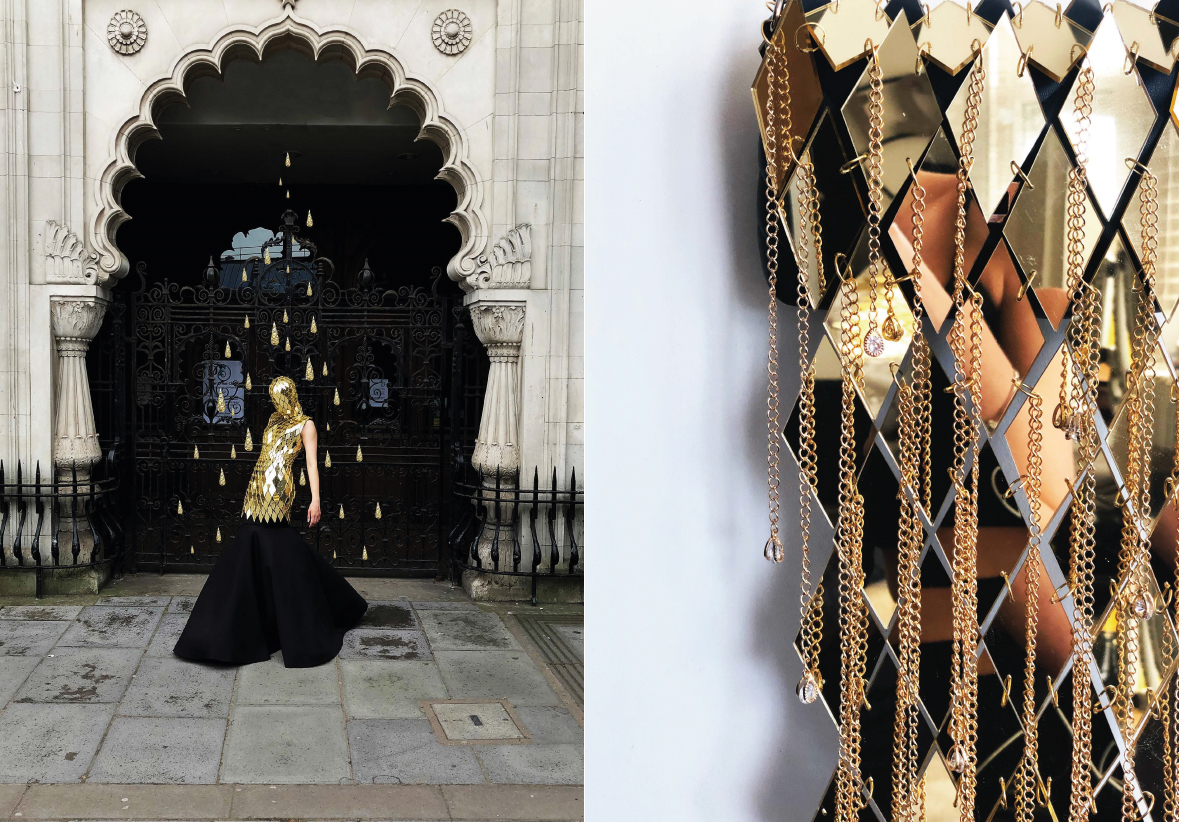 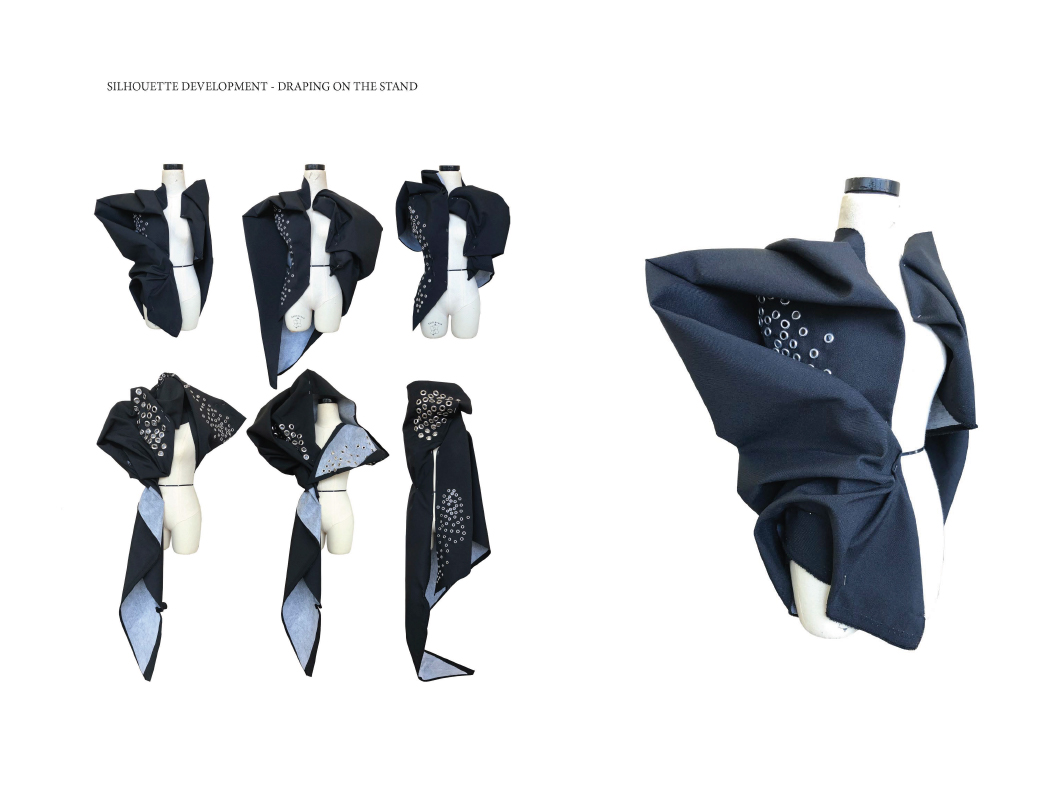