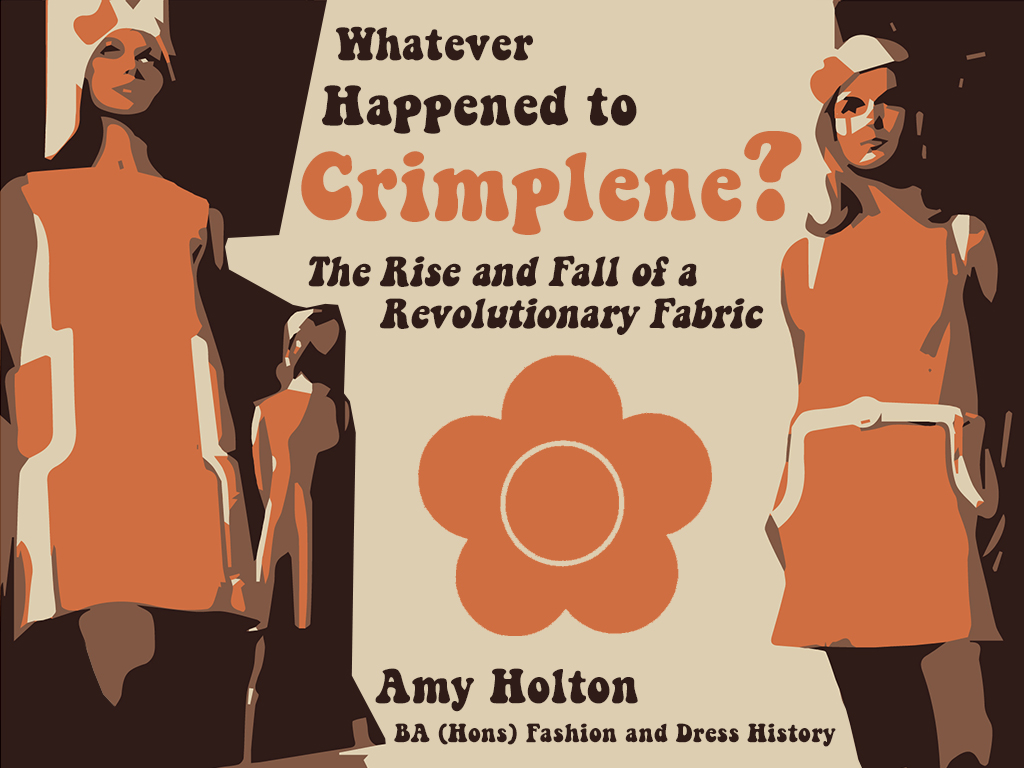 In this study, I will explore the evolution of an early synthetic fabric Crimplene, from its original development in 1955 to its revolutionary status and use in fashion throughout the 1960s and its rapid demise and subsequent attempt at a revival in the 1970s. I will look at the effect that Crimplene had on 1960s fashion as well as focus on the impact it made to women’s lives and wardrobes in particular.

The marketing frenzy that so characterised the decade or so after World War II was centred on making the few new synthetic fibres familiar under the guise of branded textile products. I will explore how Imperial Chemical Industries (ICI) fibre division marketed Crimplene in a way that sat alongside the decades new demand for affordable, easy care garments that were able to be fashion forward and desirable to different demographics, as well as making fashionable clothes more available to the mass market.

The 1960s saw an explosion of new, fun and youth-focused fashions, with designers and boutique owners at the forefront of the revolution. Not only were the clothing styles and way of shopping new, but the fabrics were as well. The fashion potential of synthetics began to be unlocked and exploited, and this relationship between fashion and ever changing, fast-paced technology is the key to understanding how Crimplene was synonymous with the flower power fashion decade.